Saying that civic tech is "tech for good" sounds pretty vague, and a little self-important. So our emergent field must be a little more specific.

To kick off our coverage here at Civicist, we asked our contributing editors to share their thoughts on “What is civic tech?” We’ll publish their answers as they trickle in, and look forward to continuing the conversation in the weeks and months to come.

For the last few years, conversations with strangers, family, and friends have gone a little like this:

That’s usually enough to get into an example, like using tech to make cities more efficient with sensors, and shift the conversation. But on stage at a Media Lab alumni panel recently, I realized that saying that civic tech is “tech for good” sounds pretty vague, and a little self-important. Everyone else on that panel was doing the work they were doing to help others, too: like developing learning software for kids, or designing robotic ankles and exoskeletons for injured veterans and others in need of prosthetics. Besides, judging what gets to qualify as “for good” is clearly too subjectively influenced by personal political identities and culturally driven ideologies.

Regular tech produces all sorts of civic externalities. The ability to easily, cheaply, and globally communicate with others, even in other languages, is just one example that has created endlessly rippling civic effects, to the extent that the freedom to connect is now a key aspect of the U.S. State Department’s international agenda. It doesn’t matter if the many people who have spent their lives creating and improving these technologies consider themselves “civic actors.” They’ve dedicated their careers toward the betterment of humanity.

So our recently emergent field must be a little more specific. Civic tech is when we apply technology toward shared problems and opportunities. (I’m pilfering the “shared challenges” language directly from Aaron Strauss, the executive director of the Analyst Institute.) Technology’s daily advance continuously expands the collection of potential ways to improve our society. Civic tech is when we consciously apply technology’s new potentials toward societal needs.

As you’ve probably noticed by now, civic tech is not only a maddeningly broad term, but also a broad field. It encompasses the application of tech in previously distinct fields like government, development, democratic elections, journalism, policy, urban planning, education, youth engagement, humanitarian response, healthy communities, social services, the nonprofit sector, and political campaigns, to name more than a few. Civic tech will remain a maddeningly broad term, but at least we now have a descriptor of what it is we do. The more terms like “govtech” (a timely rebranding of the decidedly less-sexy “government IT”) emerge to describe subfields of this space, the clearer our conversations will be.

Digital technology has driven the convergence of these fields just as it has driven convergence of content. Perhaps they’ll branch back out again as the digital efforts in each space mature and the sectors adopt better technology, but as of right now, many of the same leaders, funders, and coders are spanning these disparate sectors. For example, actors who would like to remain nonpartisan will downplay the extent to which political campaign tech is part of civic tech, but you need only look at the resumes of many of the key people in this space to find significant back-and-forth between the two. If you look at the history of civic tech, it undeniably involves many of the same people, technologies, and ideas of partisan campaigns. The Howard Dean campaign, for example, was far more successful in jumpstarting Washington, D.C.’s tech offerings and inspiring the formation of groups like the New Organizing Institute than it was at convincing primary voters to select Howard Dean.

To help scope and define our field, we can devise a bit of a litmus test by comparing shared challenges and opportunities against selfish ones. Take one regularly debated example, Airbnb. It’s a social platform built atop the existing social-physical structures of our homes and cities. The intended use case of finding you a more unique lodging option than the hotel industry provides solves a selfish need (your vacation), rather than a shared need. But when we consider the economic impact of this additional income for hosts, or use scraped data from the platform to better inform the conversation about whether the company accelerates gentrification in our cities, we’re back in civic tech territory.

We can also think about civic tech from the perspective of resources. Few resources are as vital to cities as physical space. In the consumer technology sector, this has meant starting with the selfish problems we see in early smart home applications: thermostats with the production values of iPhones, fridges that order food for us, and entertainment centers that span all of our rooms. In civic tech, it means projects to repurpose ancient payphones to provide free public wifi, or deploy sensors to apartment buildings to help tenants ensure their landlords provide heat to their apartments.

There’s nothing inherently wrong with using tech to solve selfish challenges; that individualist approach has made us more productive and led to so much of this technological revolution. Advanced technologies are initially marketed to the very wealthy, but they do get cheaper in a historically small amount of time. It’s just that the rest of the world is getting a little fatigued with tech that merely helps the already-privileged level up. 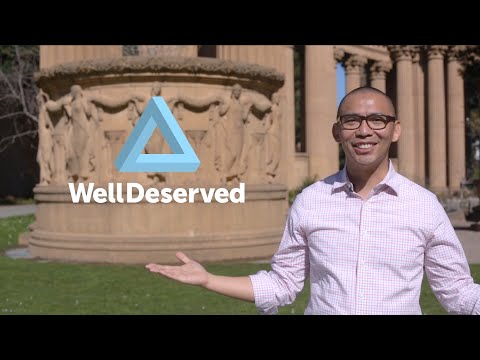 Our field, to the extent we choose to define it, is focused on acting around shared, democratic issues. We’re working in ways that academics refer to as “prosocial.” In case you haven’t spent much time in grad school, prosocial was introduced as the antonym of antisocial. “Prosocial behavior covers the broad range of actions intended to benefit one or more people other than oneself—behaviors such as helping, comforting, sharing, and cooperation.” (C. Daniel Batson in The Handbook of Social Psychology.) Prosocial behavior need not be motivated by altruism; it is simply the action of aid.

Our efforts are aimed explicitly at helping people with the new possibilities afforded by information and communication technologies. In some cases, that’s a direct link: doing the hard work of updating complex healthcare systems to use digital health records will help people because digital records trump the efficiency and efficacy of paper records.

In other contexts, the clear need to upgrade antiquated technology has simply opened the door to reinventing government and civil processes that haven’t been updated in decades. The technology is our excuse to reinvent. As Code for America proclaimed at their Summit last year, “We’re not here to change government websites. We’re here to change government.” What we’ve found in recent years is that more and more traditional institutions, from the Red Cross to the Department of Treasury, are inviting us in: first to fix the printers, then to fix the websites, and eventually, in more and more cases, to refresh the institutions themselves.