I will harbor you. The question you must answer is - will you harbor me?

Editor’s note: Malkia Cyril gave this moving talk at Personal Democracy Forum 2017. The text is reprinted here in full, and you can watch the video of her talk at the end of this post. Her talk began in darkness, with this song playing over the speakers: 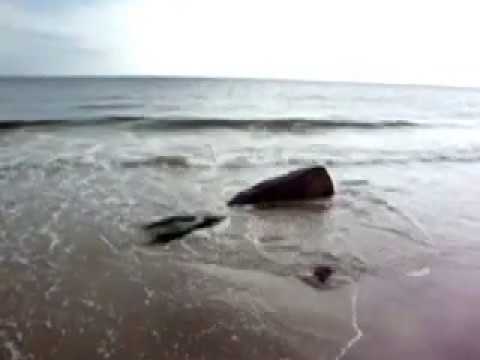 My mother loved this song, and I loved my mother. It was in her lap that I learned to read on the floor of Liberation Bookstore in Harlem. It was by her hand that I wrote my first poem when I was 5 about Haitian immigrants refused and capsized. Despite the way the state and the media had its eye fixed on Black dissent—it was by my mom’s practice as a member of the Black Panther Party that I learned that my Black was neither criminal nor guilty. It was my mother who first introduced me to the 19th century Italian theorist, Antonio Gramsci, who said, “The old world is dying, the new world is struggling to be born. Now is the time of monsters.”

The state, our government and its many arms, can be a body politic or it can be a beast. Twenty-first century technology can either usher in the era of justice and democracy many of us yearn and work for everyday, or it can enable vast inequality powered by whiteness, armed by toxic masculinity, drenched in capital. The decision is ours.

Because now is the time of monsters. American policing is one face of that monster—violent and epidemic, rooted in a history of anti-Black slavery, designed at its inception to preserve White supremacy.

These sisters know. They faced off with monsters and were left with their lives. Those who protected them did not, because now is the time of monsters. The same social control that enforced laws to make Black bodies America’s first currency drives persistent racial hierarchy today. It deputizes all those who see themselves in its reflection. Its victims are many, with the pool expanding by the minute. We are the defamed, the dead, the deported. American policing treats us like enemies, like terrorists. But, we are the terrorized; bombed and beaten by a fundamentalism whose only religion is power. Betrayed by the myth of a democracy that has never belonged to us.

I’m talking about 2.3 million people are incarcerated in the U.S.; over 60 percent are people of color. More than 7 million are under the control of the carceral state. Hate crimes against Blacks, Muslims, migrants, and transgender people are on the rise. 240 Black people have been killed by police in 2016 already.

American policing is a monster.

Despite the dead, the millions in the streets demanding change, the protests and policy battles – there are some fundamental beliefs that blame victims of state violence, that focus on bad apples instead of broken systems and result in false solutions that protect police from accountability, offer piecemeal reforms with no enforcement; or my personal favorite—claim to remove bias by adding math and machines.

Instead of action to prevent police violence, protect civilians, or hold police accountable after the fact – politicians are trying to pass laws that make police a legally protected class, while the dream of full citizenship for those they jail, maim, and kill remains persistently out of reach.

Let me say this clearly, so that you can hear me—neither math nor machines can extract four centuries of white supremacy from American policing. Simply inserting digital technologies into discriminatory policing without addressing fundamental flaws in its historic design only serves to supersize discrimination, can only reduce community safety and violate the civil rights of the most vulnerable among us. Nothing else can happen.

I’m talking about body worn police cameras, Stingray cell site interceptors, license plate readers, facial recognition software, fusion centers, drones and other aerial surveillance—they call these the tools of counter-terrorism; as they name us, one by one: terrorists, enemies of the state, simply for saying, acting like and believing that we matter. Because we do. Black lives do matter.

We matter, not only to ourselves, but also, we matter to you. It is through our bodies and our blood that targeted surveillance becomes mass surveillance. It is on our Black, brown, and poor backs that those in power have used the technologies of their day to aggressively maintain the status quo. That’s why we we’re going city to city, delivering security training that defends our people. It’s why we’ve been organizing to defy high-tech police violence. That’s why we’ve been demanding civil rights protections and social media prohibitions against surveillance.

These technologies do not replace bias they reflect the bias of the rulers and the rules they exist to protect.

In this, technology becomes a tool, and like any tool requires power to wield. Power requires strategy, not simply ideology. It requires new allies and clear mandates. Let me you offer you mine. I will harbor you. The question you must answer is – will you harbor me? If you have decided to stand on the side of history that finds safety and belonging in the liberation of all life on the planet – then you will oppose the expansion of mass incarceration through electronic monitoring. You will oppose seeing us murdered on camera day in and day out without accountability. You will oppose the censorship of our digital speech by social media companies and by the repeal of net neutrality. It’s time for you to decide to be 21st century abolitionists. It’s time for you to risk your body to save democracy’s soul. I’ve done enough.

Bending technology’s arc toward justice requires bold new action. It requires that cities and states refuse to comply with unconstitutional government requests and mandates that violate civil and human rights to free speech, freedom of the press, right to congregate, to organize, to travel freely, and more. It requires what I call digital sanctuary.

Digital sanctuary is the tech policies, platforms, and practices that extend sanctuary to all. It is the non-compliance of technologists, tech users, and companies in the face of rising hate. It is the choice we must all make to divest from militarized police violence in a digital age, and invest in humanity.

I believe we can do that. After a lifetime of fighting illness – first my mom, watching her lose a lifelong battle with sickle cell anemia, and now my wife, who is currently battling stage four cancer. I am tired of fighting, and I would like some people to fight by my side.

We are the dissenters, the makers, the organizers, the journalists, the artists—we are the new world struggling to be born, and we can be born even in the face of monsters. We will defy this new world order that seeks to use our technology against us. We will defend our communities with digital safety and security. We will demand the digital platforms, practices, and policies that enable the possibility of liberation in our lifetime, because we are the ones we’ve been waiting for.

There isn’t anyone else. The tools are in our hands. Our time is now. The possibility is real. I thank you.

Malkia A. Cyril is founder and executive director of the Center for Media Justice (CMJ) and co-founder of the Media Action Grassroots Network.