Join us at Civic Hall on Friday, November 15th, for a fireside chat with the Author of American Resistance.

We invite you to join us on Friday, Nov. 15th for our upcoming fireside chat with Dana R. Fisher, author of American Resistance, in conversation with Joan Walsh, national editor of The Nation and CNN contributor. and Micah Sifry, Founder and President of Civic Hall. We’ll engage in an exchange of thoughts, impressions, and revelations about the book while gaining new and exciting perspectives directly from the author.

Be sure to RSVP today to save your seat. We hope to see you there!

Since Donald Trump’s first day in office, a large and energetic grassroots “Resistance” has taken to the streets to protest his administration’s plans for the United States. Millions marched in pussy hats on the day after the inauguration; outraged citizens flocked to airports to declare that America must be open to immigrants; masses of demonstrators circled the White House to demand action on climate change; and that was only the beginning. Who are the millions of people marching against the Trump administration, how are they connected to the Blue Wave that washed over the U.S. Congress in 2018—and what does it all mean for the future of American democracy?

American Resistance traces activists from the streets back to the communities and congressional districts around the country where they live, work, and vote. Using innovative survey data and interviews with key players, Dana R. Fisher analyzes how Resistance groups have channeled outrage into activism, using distributed organizing to make activism possible by anyone from anywhere, whenever and wherever it is needed most. Beginning with the first Women’s March and following the movement through the 2018 midterms, Fisher demonstrates how the energy and enthusiasm of the Resistance paid off in a wave of Democratic victories. She reveals how the Left rebounded from the devastating 2016 election, the lessons for turning grassroots passion into electoral gains, and what comes next. American Resistance explains the organizing that is revitalizing democracy to counter Trump’s presidency.

Dana R. Fisher is a Professor of Sociology and the Director of the Program for Society and the Environment at the University of Maryland. Her research focuses on understanding the relationship between environmentalism and democracy–most recently focusing on the American Resistance and American climate politics. Fisher’s work has been featured in media outlets such as The Washington Post, New York Times, The Chicago Tribune, USA Today, various programs on National Public Radio, and in “The Collectors: Political Action,” a documentary short by FiveThirtyEight and ESPN Films. She has appeared on Morning Joe and CNN to discuss her work. 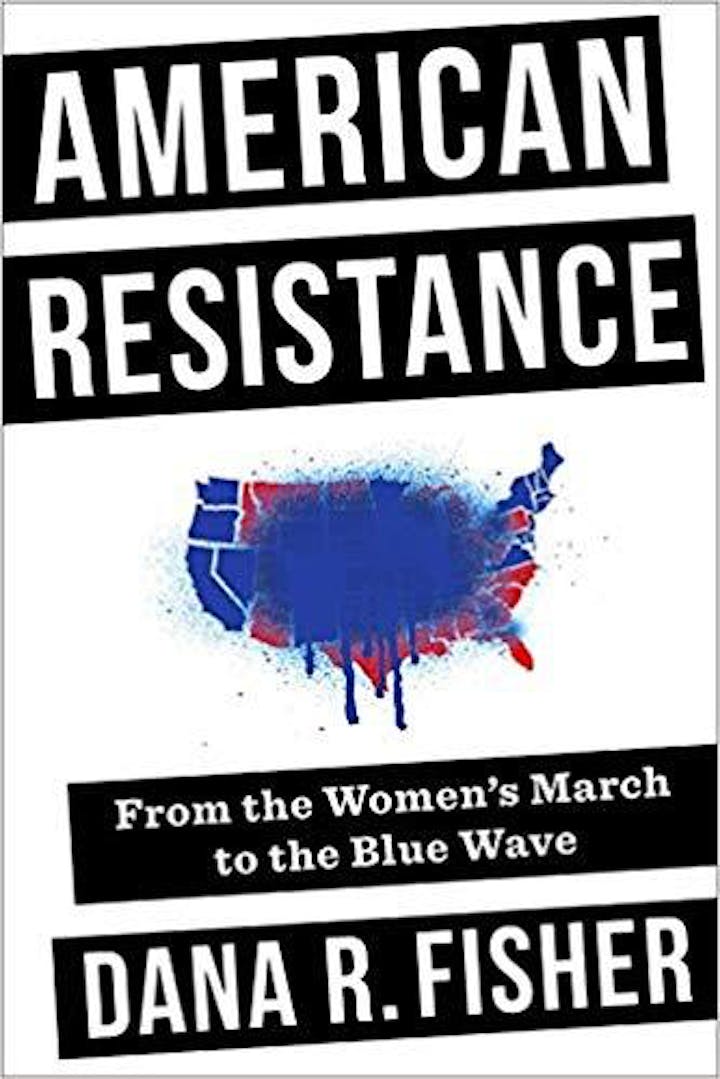